Our Missionaries Serving Haiti and Thailand

This year, the Presbyterian Church is celebrating 180 years of international mission work. Today, nearly 130 mission co-workers in 70 countries are engaged in these vital ministries, working alongside global and ecumenical partners and U.S. Presbyterians. In these deep relationships with sisters and brothers across the globe, we begin to mirror Christ’s transformative relationship. 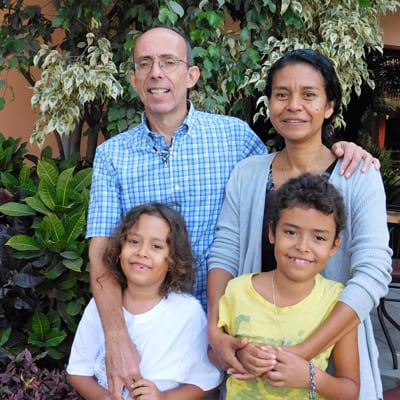 Mark, formally trained in agriculture technology, commutes across the border to Haiti where he helps them learn how to grow more food on their land. He continues to teach them how to conserve soil, land, and water and how to grow vegetables in raised beds made from old tires. The tires keep animals from eating their precious produce. They have planted erosion barriers of Moringa trees, whose leaves are very nutritious for people and animals. They have prepared cisterns to catch and hold rainwater to be used to water crops during dry times.

Mark works in partnership with MPP, or Farmers’ Movement of Papaye, as he teaches and encourages Haitians living in this mountain region to farm in creative and economical ways. Haitians in his program then teach friends and neighbors and improve on systems they learn from Mark. In this way Haitians can become self-reliant and healthier. Mark just finished helping with two weeks of exchange visits in more remote areas. Travel included motorcycle taxis and lots of difficult walking up and down mountains.

Jenny serves as a community health consultant in partnership with the Evangelical Cominican Church. She strives to improve the health and living conditions of Haitian sugar workers living in company towns. She also holds down the home front with their two daughters while Mark spends time in Haiti.

Mark’s and Jenny’s visits to churches in the USA have inspired others to travel to Haiti. A group from Royal Oak Presbyterian Church in Michigan included a dentist and dentist in training, who presented puppet shows about dental health and tooth care. Then they distributed toothbrushes and toothpaste they had brought along. They even wrote a song that was tranlated into French Creole. Their pastor, Tom Rice, commented, “We in the United States know very little about who Haitians are and how beautiful their culture is and how faithful they are. We are called to be witnesses and take part in what God is doing with and through the people of Haiti.” (Mission Crossroads, Summer 2012)

Here is Mark’s blogspot, where you can find more information, stories, and pictures: 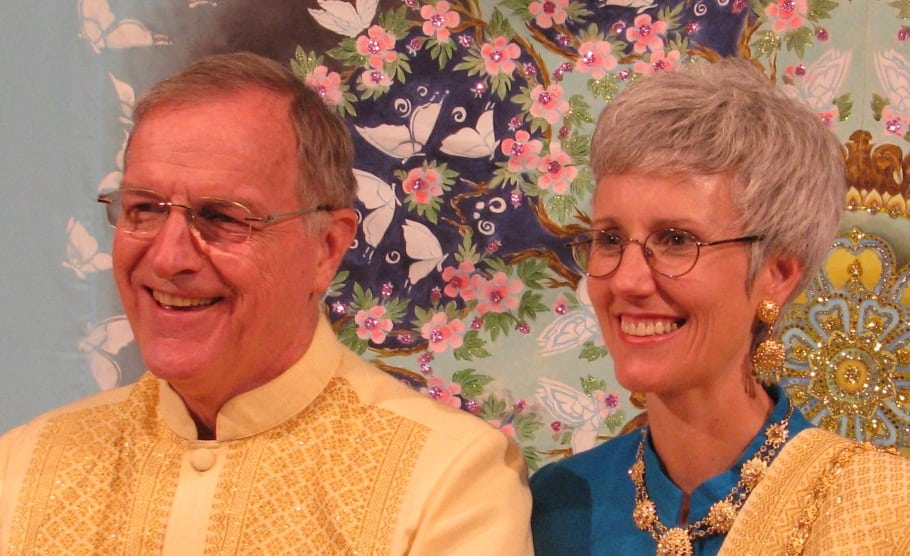 Esther serves as vice president for spiritual and community life at Payap University in Chiang Mai, Thailand. Payap was founded in 1974 as the first Christian college in Thailand, and it is now a university with nearly 7,000 students and another 900 faculty and staff. About 10 percent of the students and 30 percent of the faculty and staff are Christian.

Religious freedom is another strength in Thai society and makes it easy to share the freedom offered us in Jesus Christ. Esther Wakeman has experienced the freeing grace of Jesus Christ in her life and family in a powerful way during the past several years. It is her great joy to share the good news of Jesus’ ability to set us free with the freedom-loving Thai people.

Esther is a native of North Canton, Ohio, and a graduate of Malone College in Canton, where she received a Bachelor of Arts degree in psychology. She went to Chiang Mai in 1979 to teach English at Prince Royal’s College and met and married Rob Collins in 1980. They have three children, Nathan, Paul and Anna. From 1984 until 1993 the family commuted between Chiang Mai and Pasadena, California, while Esther earned an M.Div. and Ph.D. in clinical psychology from Fuller Theological Seminary. After her ordination they returned full-time to Chiang Mai.

Esther is accompanied by her husband, Rev. Rob Collins, a retired mission worker. After his retirement he continued for a time as a mission volunteer, teaching New Testament courses at the McGilvary College of Divinity of Payap University.  In addition he helped with production of the New Testament portion of the Thai Study Bible.